For all the best discounts & offers, subscribe to our weekly newsletter.

Hey! Thanks for signing up! Grab a drink, kick back and read our Top 10 Dating Tips...
Go There Now
Oops! Something went wrong. Please try again.
best10index
Sign Up
Home
/
MalwareBytes
Breadcrumb

An upgraded version of free Malwarebytes, putting simplicity and ease of use at the fore 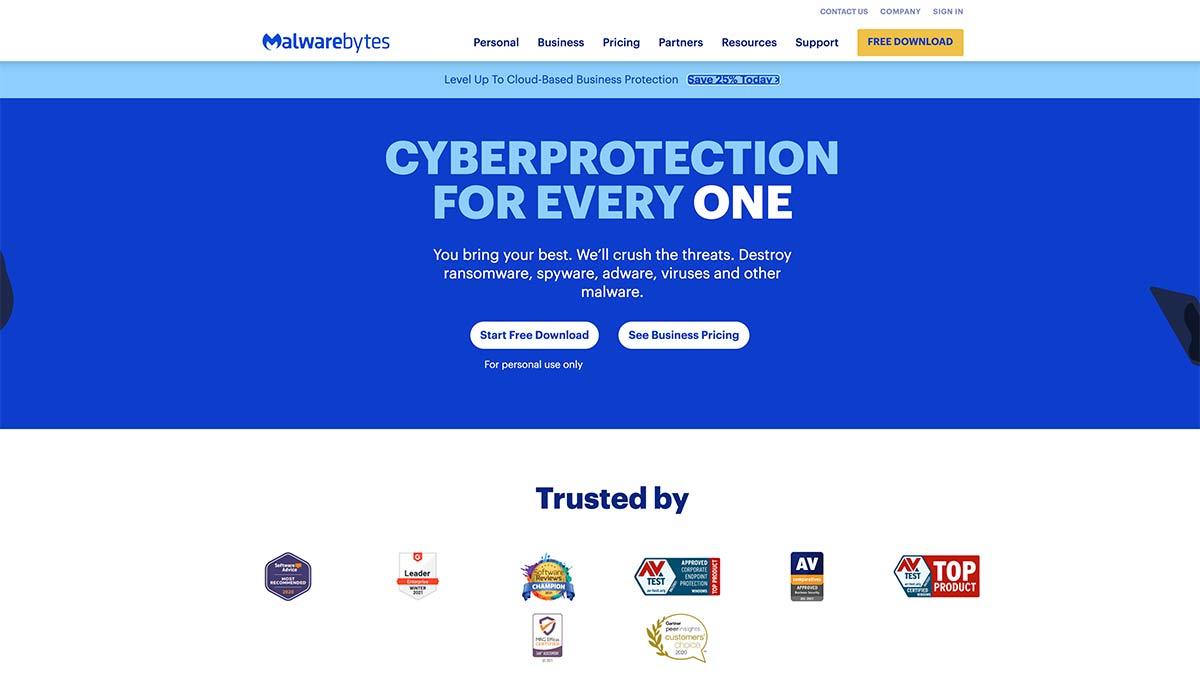 Malwarebytes is a big name in home antivirus, with a free suite that does a fine job of spotting and eliminating malware - but the drawback is that it only delivers on-demand scans.

If you're after an always-on solution to capture even those sneaky ransomware threats, Malwarebytes Premium is your go-to.

While it's not the cheapest, and it isn't rammed with (slow, clunky) added extras, it's perhaps the cleanest, simplest and easiest one-stop antivirus package out there.

Let's look at how well Malwarebytes Premium performs and whether it's worth upgrading.

Antivirus applications: Seamless user experience, from a full-performance antivirus product that exceeds its previous use as an antivirus assistant.‍

The premium antivirus from Malwarebytes plays nicely with others, which is a big selling point if you've struggled with a suite that grinds to a halt if you have other companion security programmes.

Designed primarily for Windows operating systems, the antivirus automatically registers with the Security Centre, putting Defender to sleep and taking up the guard.

There are layers of protection, including web protection, to stop traffic to known addresses. You also get ransomware detection, monitoring programme changes that indicate an imminent attack, and reliable security against zero-day ransomware threats.

Upgrading to premium adds automatic 24/7-malware detection, with a lighter and more agile performance available in the latest Malwarebytes version.‍

Malwarebytes free scanner is popular because it's great at dealing with tough virus threats, but the upgrade to Premium means you get real-time protection with an always-on antivirus.

The layers of protection guard against a huge range of malicious attacks, including some that aren't the standard in competing products. Test results have improved enormously, with labs reporting 100% effectiveness, and Malwarebytes Premium performs equally well in detecting phishing sites and safeguarding devices from malware.

Note that this software isn't a backup second product but a full-blown antivirus in its own right, so while you can opt to run it alongside another software if you choose, there is absolutely no need to.

It's straightforward, beyond easy to use, and does just what it says on the tin!

For the latest discounts, offers and news, sign up today.

How COVID 19 has Forced Businesses to go Online